Some things take a long time to complete. Perhaps the satisfaction of finishing them is greater that the quick projects? Or is it a feeling of relief? A little of both, I suppose. 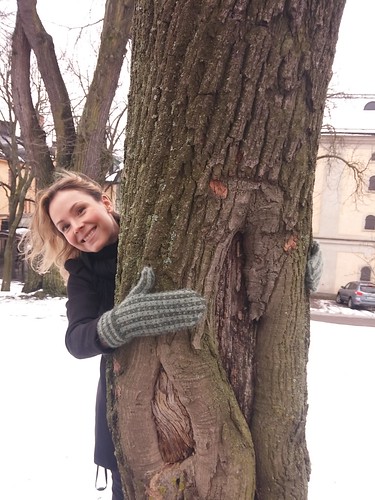 This pair of mittens have been on the needles since November 2008. I really like them, but they turned out too narrow for my hands, so I gave them to my dear friend J. I managed to convince her to pose with them for me! 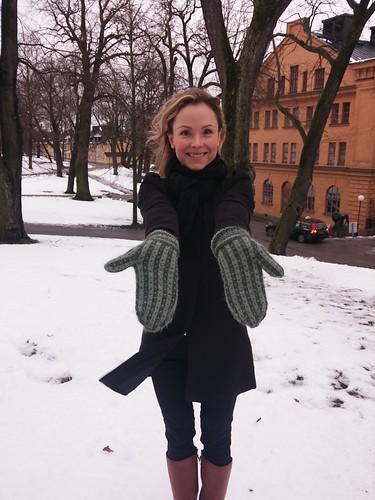 Pattern: Fisherman’s mittens from Knitting Fair Isle Mittens and Gloves
Design: Unknown
Yarn: Garnstudio Drops Alpaca. Used double through out.
Needles: 2,5 mm dpns
Started: 3 November 2008
Finished: 22 January 2015
Modifications: I think that my decreases are a bit different from the pattern, I tried to duplicate the first mitten when completing the second. 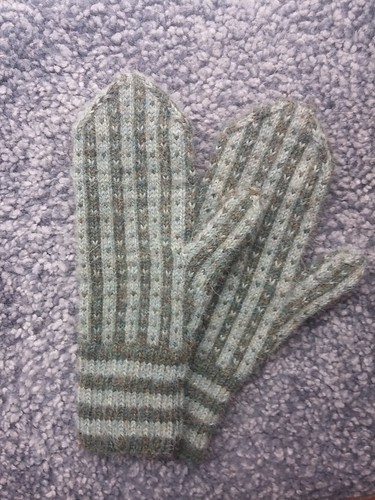 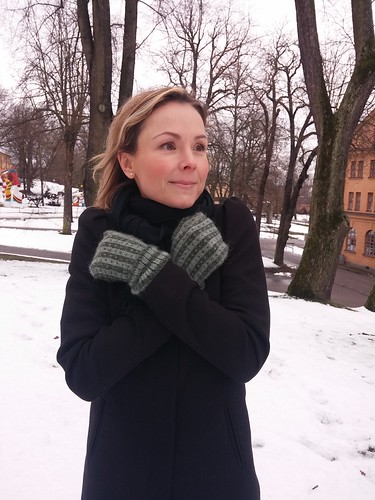 The photos above were taken on January 28th, when we still had snow. Spring is on the way, and the snow has melted, but it’s been quite cold so far and I still use mittens everyday.

I’m still revisiting my old UFO’s. Either unravelling them or (trying to) finish them. I don’t know why these mittens have been left out in the cold. They’re very pretty and very soft. A bit tight, perhaps, but still wearable. You’ll find the pattern in one of my favourite books, Knitting Fair Isle Mittens and Gloves by Carol Rasmussen Noble.

I begun this project in 2008 according to my ravelry notes. If I’d started it today I probably wouldn’t use Drops/Garnstudio Alpaca. The colours are lovely and it’s very soft, but it tends to get quite fuzzy after some wear.

I managed to break one of the needles…

Luckily, these were just old bamboo needles. I tossed out the thole lot and switched to my beloved KnitPro’s instead.